‘The Lost Library of Miraculous Metaphors & other short stories’ available in United Kingdom from 25th June 2021 featuring the original cover design ~ or alternatively, obtainable via the international edition, which is now live.

The Lost Library of Miraculous Metaphors & other short stories is in its final edit phase and is likely to be ready for publication early 2021. The author Clive Wilkins has been able to devote more time than was expected to the project during 2020.

Set amongst the exotic and floating islands of South East Asia, somewhere between the Indian and Pacific Oceans~ Alvaro Fuentes, a distinguished research scientist with little memory of his past, due to circumstances beyond his control, is convalescing in the hope he might assist the authorities with their investigations into a series of catastrophic events that have jeopardised the future of the entire region and perhaps beyond. In coming to terms with his condition and the calamity for which he is seen to be largely responsible, Professor Fuentes is forced to reinvent himself and reconstruct his life as best he can. Without a memory of the past to assist him, the possibility of creating a future seems increasingly unlikely. The main stage for the developing and unfolding narrative is the quiet and rarefied splendour of The Lost Library of Miraculous Metaphors~ a strange and magnificent room imbued with magic.

Once again Clive WILKINS produces a work exploring the nature of consciousness, perception and memory. The novel sets out to be a series of visual and sensory delights from the moment the flickering curtain of the eye opens until it finally closes.

The Lost Library of Miraculous Metaphors 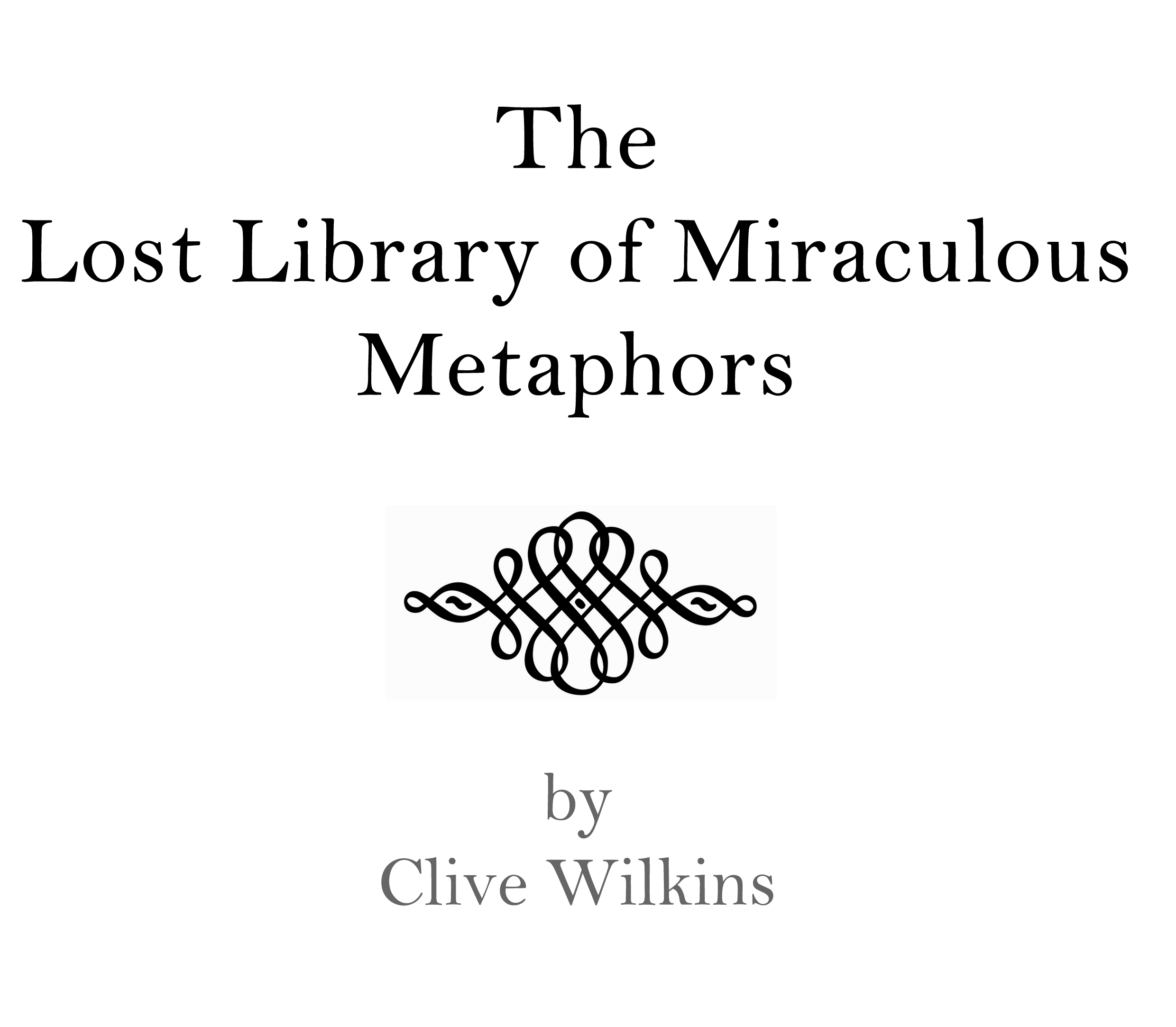 ~you discovered it here first.

The new novel by Clive Wilkins has a title.

The Lost Library of Miraculous Metaphors & other Short Stories.

The work is due to be complete and published by 25th June 2024 at the latest.

Prof. Nicky Clayton FRS, in conversation with Clive Wilkins, author of ‘The Moustachio Quartet’ at the Hay Festival 2018 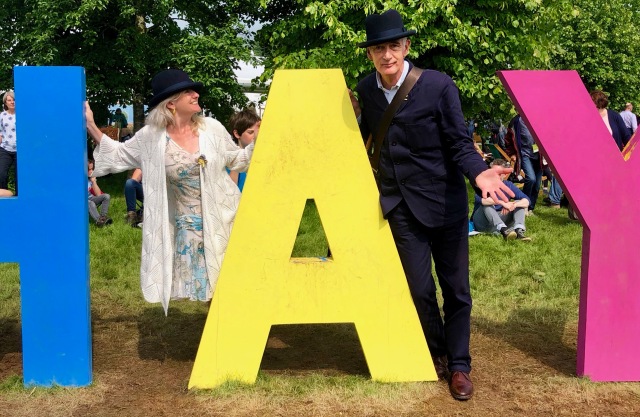 Punctuating the H A Y letters

In the green room

During the ‘Clive Wilkins in conversation with Nicky Clayton’ event

The author Clive Wilkins at The Hay Festival 2018 presenting his novels, ‘The Moustachio Quartet’, published by WIND on the WIRE Press 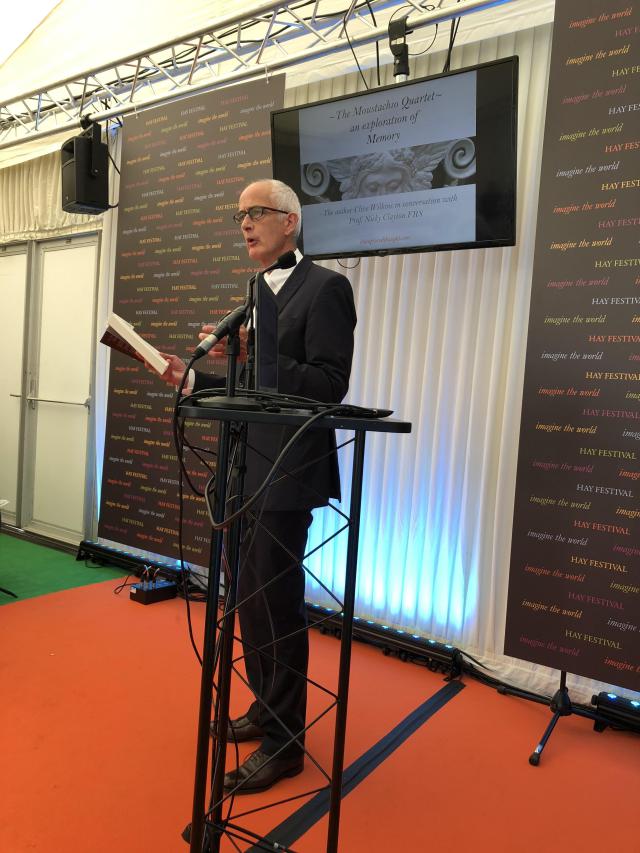 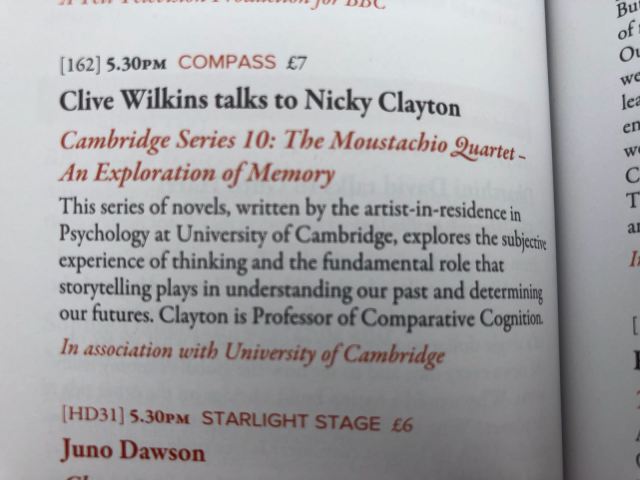 The MOUSTACHIO QUARTET by Clive Wilkins. The author in conversation with Prof. Nicky Clayton FRS at the Hay Literary Festival 2018 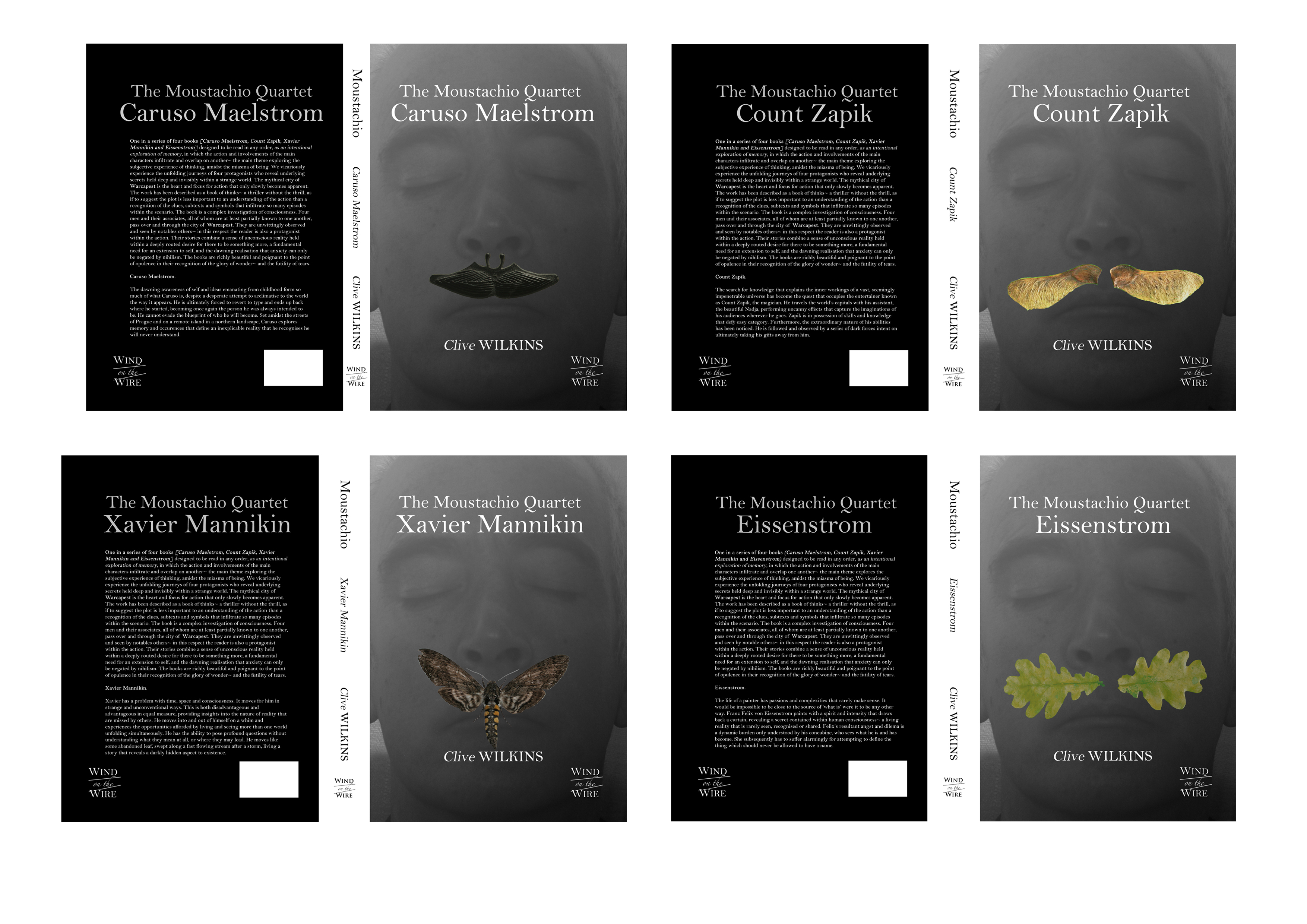 The author Clive Wilkins with Prof. Nicky Clayton of ‘The Captured Thought’~ an arts/science collaboration.

~The Art of Fine Words

~The subjective experience of thinking

WIND on the WIRE~ Publishing
Blog at WordPress.com.
Loading Comments...